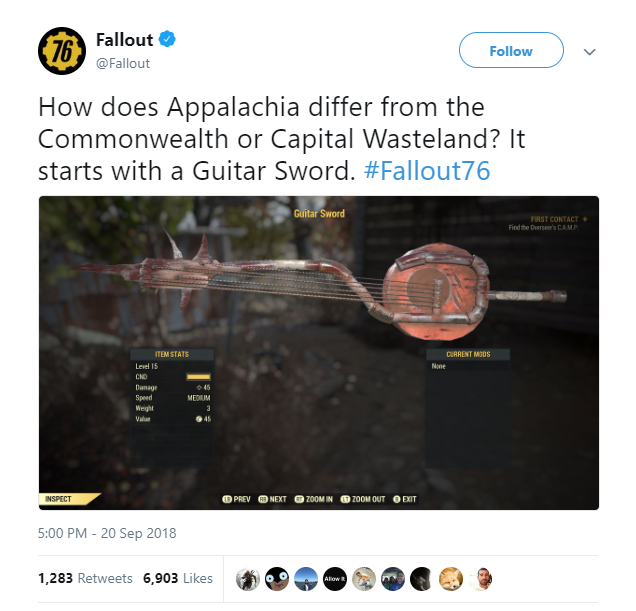 Bethesda Softworks has seemingly revealed where exactly Fallout 76’s country roads will be taking players home to. It was already known that the game is set in a version of West Virginia, but fans can now put a name to Bethesda’s wasteland version of the Mountain State.

“How does Appalachia differ from the Commonwealth or Capital Wasteland? It starts with a Guitar Sword,” reads a tweet from the official Fallout account.