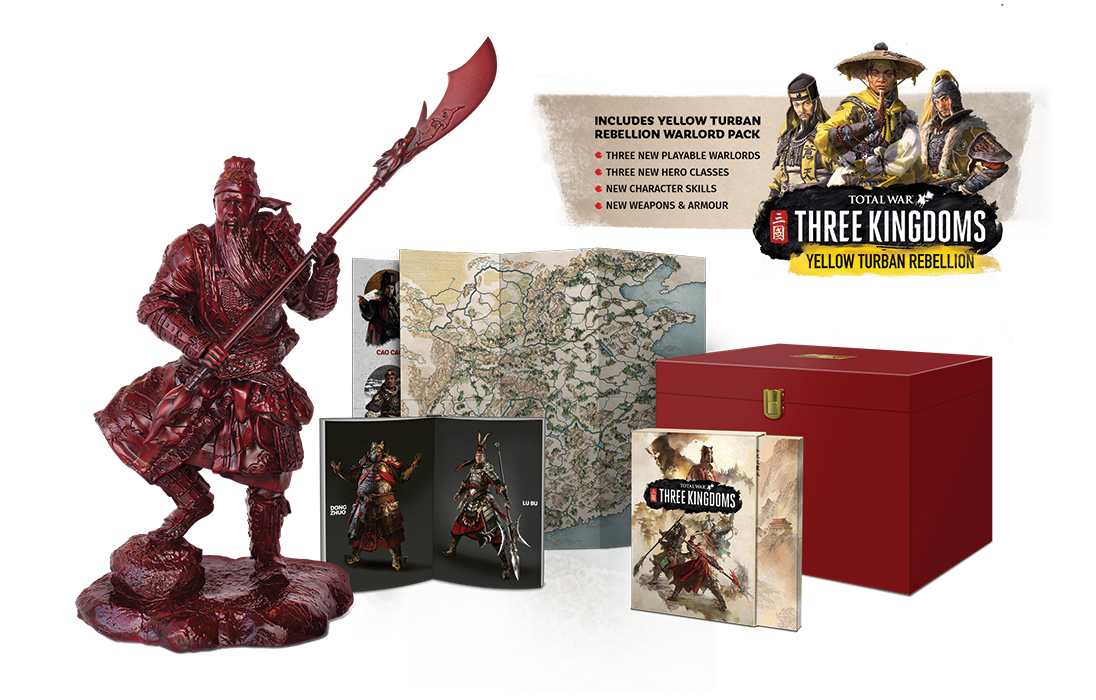 Developer Creative Assembly revealed today that those who purchase Three Kingdoms before release, or within the first week it’s on sale, will receive the Yellow Turban Rebellion Warlord DLC pack. This pack introduces three new playable warlords to the game’s Grand Campaign, letting players command armies of “bandits, zealots and commoners in a crusade to topple the corrupt Han Dynasty and forge a new future for the people of China.”

The pack introduces three new hero classes: scholars, healers and veterans. The pack also includes new weapons and armor, as well as new character virtues and skills based around frugality, compassion and humility: the three pillars of Taoism.