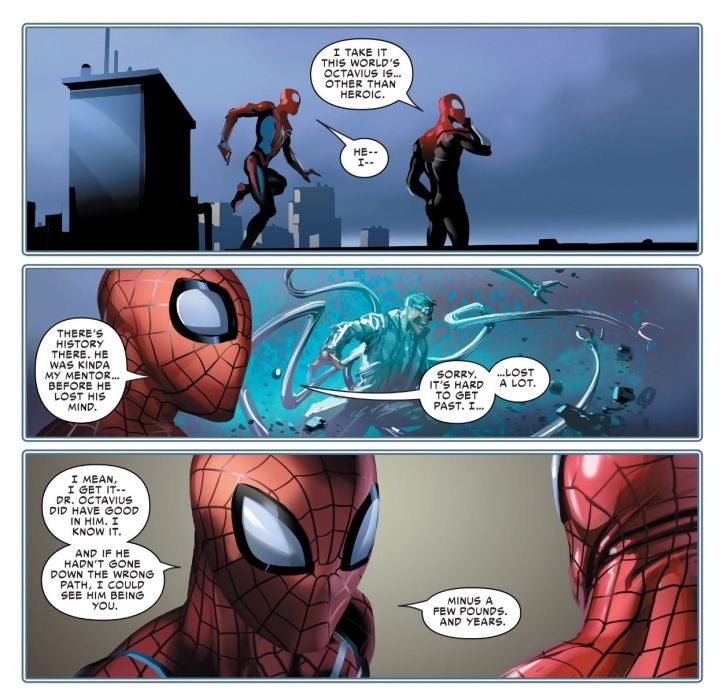 Marvel Comics released Spider-Geddon #0 this week. While that comic serves as a direct lead-in to the upcoming Spider-Geddon crossover, that’s by no means the only selling point. Spider-Geddon #0 is notable for serving as the comic book debut of the Peter Parker of Marvel’s Spider-Man video game on PS4. And if this issue accomplished anything, it’s showing how much potential this version of Spidey has for his own ongoing comic book series.

Warning: spoilers for Marvel’s Spider-Man on PS4 ahead!

It’s easy to dismiss the need for a Spider-Man comic set in this game’s version of the Marvel universe. Marvel has an overabundance of Spider-Man comics as it is, with books spotlighting the classic Peter Parker as well as offshoot characters like Spider-Gwen, Scarlet Spider and Venom. There’s even an alternate universe version of Spidey in Amazing Spider-Man: Renew Your Vows. Is Insomniac’s take on Spider-Man truly different enough to stand out when you cut the gameplay out of the equation and focus solely on story?